Earlier this week it was time for GitOps Days again. The third time now and the event has grown quite a bit since we started. Born out of the desire to bring GitOps practitioners together during pandemic times initially, this time we had a proper CFP and the outcome was just great: lots of participation from a very diverse crowd of experts - we had panels, case studies, technical deep dives, comparisons of different solutions and more. Among many other great things, Weave GitOps was announced by Cornelia, Weaveworks’ CTO, so if you haven’t seen it, go check it out. If you register, you will get a link to all the session recordings.

As at the last two times, I was supporting the event as a DJ. Everything worked seamlessly. Only thing was I had to leave everyone with pre-recorded bits for the last break, as it was getting quite late for me (it was Americas friendly times this time) and I had some personal matters to tend to. 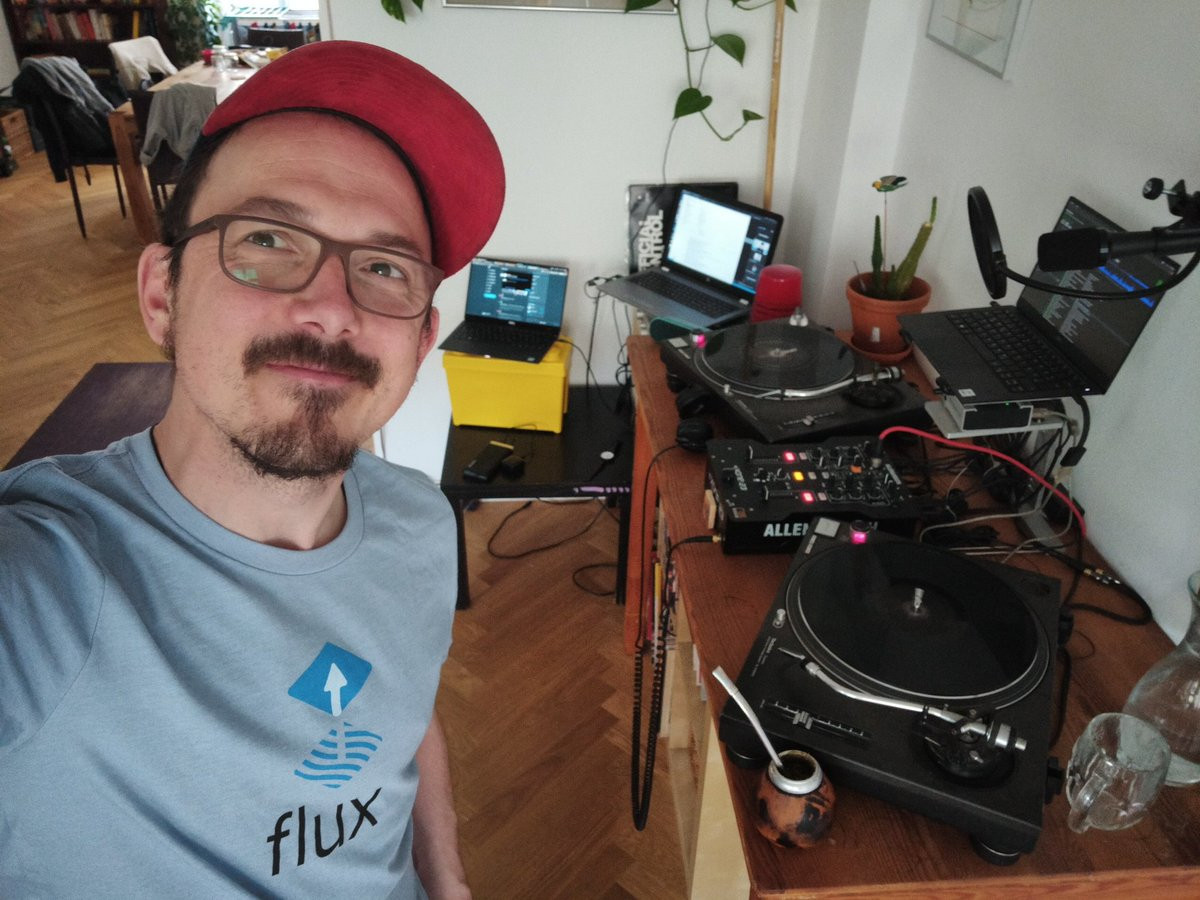 I very much enjoyed being able to do this again and loved the atmosphere and crowd at the event. Thanks to everyone who helped put this together and attend as well!

It seems to become a tradition: as last time around we found another Cloud Native person in the audience who is a DJ - Leonardo Murillo. When we get to do GitOps Days as a live event, we will be able to do hours of after-hours party, no problem.

And as folks requested the list of tracks I played, here goes:

Update: Thanks as always Lucijan, for borrowing me some of your equipment. 💖