The Snappy Online Summit is in full swing! 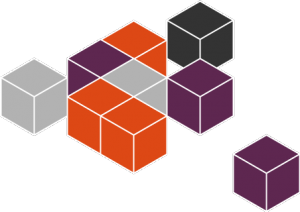 It’d be a bit of a stretch to call UOS Snappy Online Summit, but Snappy definitely was talk of the town this time around. It was also picked up by tech news sites, who not always depicted Ubuntu’s plans accurately. :-)

Which leaves us with today, 7th May 2015! You can still join these sessions today - we’ll be glad to hear your input and ideas! :-)

The above are just my suggestions, obviously there’s loads of other good stuff on the schedule today! See you later!

Next week we are going to have another Ubuntu Online Summit (5-7 May 2015). This is (among many other things) a great time for you to get involved with, learn about and help shape Ubuntu Snappy. As I said in my last blog post I&rsquo;m very impressed to see the general level of interest in Ubuntu Snappy given how new it is. It&rsquo;ll be great to see who is joining the sessions and who is going to get involved.

15.04 is out! And another Ubuntu release went out the the door. I can&rsquo;t believe that it&rsquo;s the 22nd Ubuntu release already. There&rsquo;s a lot to be excited about in 15.04. The first phone powered by Ubuntu went out to customers and new devices are in the pipeline. The underpinnings of the various variants of Ubuntu are slowly converging, new Ubuntu flavours saw the light of day (MATE and Desktop next), new features landed, new apps added, more automated tests were added, etc.

Not sure if you saw Marks&rsquo; blog post earlier, but I&rsquo;ll make sure to be watching the keynote at http://ubuntuonair.com/ at 14:00 UTC today. :-)