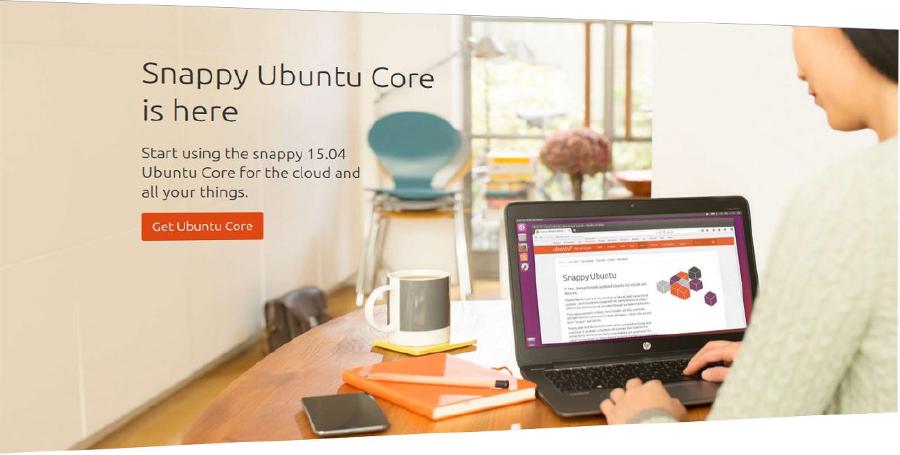 There’s a lot to be excited about in 15.04. The first phone powered by Ubuntu went out to customers and new devices are in the pipeline. The underpinnings of the various variants of Ubuntu are slowly converging, new Ubuntu flavours saw the light of day (MATE and Desktop next), new features landed, new apps added, more automated tests were added, etc. The future of Ubuntu is looking very bright.

One thing I’m super happy about is a very very new addition: Ubuntu Core and snappy. What does it offer? It gives you a minimal Ubuntu system, automatic and bulletproof updates with rollback, an app store and very straight-forward enablement and packaging practices.

It has been brilliant to watch the snappy-devel@ and snappy-app-devel@ mailing lists in recent weeks and notice how much interest from enthusiasts, hobbyists, hardware manufacturers, porters and others get interested and get started. If you have a look at Dustin’s blog post, you get a good idea of what’s happening. It also features a video of Mark, who explains how Ubuntu has adapted to the demands of a changing IT world.

One fantastic example of how Ubuntu Snappy is already powering devices you had never thought of is the Erle-Copter. (If you can’t see the video, check out this link.)

It’s simply beautiful how product builders and hobbyists can now focus on what they’re interested in: building a tool, appliance, a robot, something crazy, something people will love or something which might change a small art of the world somewhere. What’s taken out of the equation by Ubuntu is: having to maintain a linux distro.

Whenever I got a new device in my home I could SSH into, I was happy and proud. I always felt: “wow, they get it - they’re using open source software, they’re using linux”. This  feeling was replaced at some stage, when I realised how rarely my NAS or my router received system updates. When I checked for changelog entries of the updates I found out how only some of the important CVEs of the last year were mentioned, sometimes only “feature updates” were mentioned.

To me it’s clear that not all product builders or hardware companies collaborate with the NSA and create backdoors on purpose, but it’s hard work to maintain a linux stack and to do it responsibly.

That’s why I feel Ubuntu Core is an offering that “has legs” (as Mark Shuttleworth would say): as somebody who wants to focus on building a great product or solving a specific use case, you can do just that. You can ship your business logic in a snap on top of Ubuntu Core and be done with it. Brilliant!

Next week is Ubuntu Online Summit (5-7 May). There we are going to discuss the plans for the next time and that’s where you can get involved, ask questions, bring up your ideas and get to know the folks who are working on it now.

I’ll write a separate blog post in the coming days explaining what’s happening next week, until then feel free to have a look at:

Sometimes it's so easy to help out

I already blogged about the help app I was working on a bit in the last time. I wanted to go into a bit more detail now that we reached a new milestone. What&rsquo;s the idea behind it? In a conversation in the Community team we noticed that there&rsquo;s a lot of knowledge we gathered in the course of having used Ubuntu on a phone for a long time and that it might make sense to share tips and tricks, FAQ, suggestions and lots more with new device users in a simple way.

What do Kinshasa, Omsk, Paris, Mexico City, Eugene, Denver, Tempe, Catonsville, Fairfax, Dania Beach, San Francisco and various places on the internet have in common? Right, they&rsquo;re all participating in the Ubuntu Global Jam on the weekend of 6-8 February! See the full list of teams that are part of the event here. (Please add yours if you haven&rsquo;t already.) What&rsquo;s great about the event is that there are just two basic aims:

Whether or not Ubuntu Edge will get the green light or not (read Joey&rsquo;s great 5 Reasons Why You Should Stop What You’re Doing &amp; Pledge to #UbuntuEdge), everybody&rsquo;s hard at work making Ubuntu Touch, the beautiful mobile OS happen. Two weeks ago we had our first Ubuntu Touch Porting Clinic and it went quite well. We found and fixed a number of issues in our tools, our porting guide and many porters turned up to ask their questions and update the images.