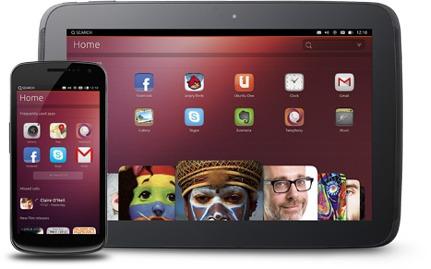 These are very exciting times for Ubuntu Touch. Not only is the Ubuntu Edge, an Ubuntu super-phone, being funded right now, but we are also making lots of progress on getting Ubuntu running perfectly on phones and tablets near you.

I blogged about this a couple of times now, but Ubuntu Touch has been ported to LOTS of devices in the meantime. If we consult our Touch Devices list, there are 45 working ports, with 30 more in progress, and across 21 different brands. This is awesome. Now it’s time to bring all of them into the fold.

There are two things we have to do:

Updating your image to the new world order is something we are discussing today, 1st August, in #ubuntu-touch on irc.freenode.net. We are having an Ubuntu Touch Porting Clinic today. So bring your device, your questions and we’ll help you get set up for the new image formats.

As always: if you have any questions, talk to us on #ubuntu-touch on irc.freenode.net or on the ubuntu-phone mailing list.

In many Ubuntu conversation I&rsquo;ve been part of many of the participants agreed that we need &ldquo;more transparency&rdquo;. It&rsquo;s very easy to agree on as transparency is a good thing, it feels good and it makes things better. Achieving it in a meaningful way is a hard problem to solve though. Meaningful to me means not just &ldquo;all information is available&rdquo;, but also &ldquo;relevant information is easy to find&rdquo;. In Ubuntu development where hundreds of people put of lots of hard work into Ubuntu, we depend on thousands of other open source projects, where there&rsquo;s discussions on IRC, on mailing lists, hangouts, in specifications and elsewhere, it&rsquo;s incredibly easy to lose track of what&rsquo;s important or relevant.

Getting Ubuntu Touch out to more users

The unstoppable Sergio Schvezov is working on bug 1201811 right now. Once it&rsquo;s fixed this should put is into a position where users of devices for which we have Ubuntu Touch images (and not just the four devices we supported right from the start) can just use phablet-flash. This doesn&rsquo;t mean that they are &ldquo;officially supported&rdquo; or that they&rsquo;re built daily in the Canonical data centre, but that you can make use of the images much more easily.

Some weeks ago I wrote a blog post and shared a personal view on Ubuntu&rsquo;s history as a project. In there I explained (among other things) my view that Ubuntu as a project has quite often taken hard decisions to bring something new and exciting to people. The goal always was the same: bring open source in a beautiful form to as many people as possible. If I look around me today, it&rsquo;s just beautiful to see what we&rsquo;ve achieved.