I can’t precisely date back when I got involved in Ubuntu, all I do know is that Michael Vogt helped me out with some Debian CDs in university and some months later told me: “you might like this, you can upgrade to it”. I tried it and was hooked immediately. 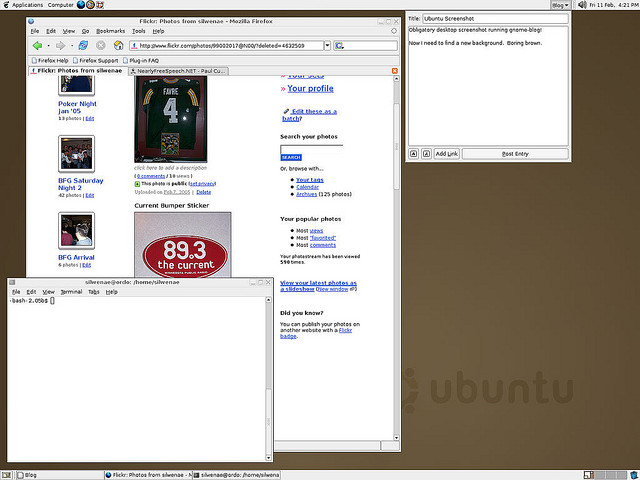 When some time later the Ubuntu preview was announced and I learned more about the project goals and values, I felt totally inspired and knew I would totally love this. I had a hard time focusing on my thesis, I ignored it for a while and got involved in Ubuntu. Many folks encouraged me and I started to do some packaging. I packaged some software outside of Ubuntu first (coaster for example, it seems not to exist any more), but quickly got dragged into Ubuntu itself. (pyzor was the first upload I could find.)

This was a very special time, it inspired many to do all kinds of crazy things. 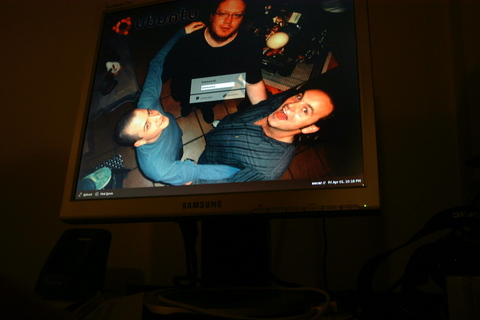 Admittedly, I looked funny too. 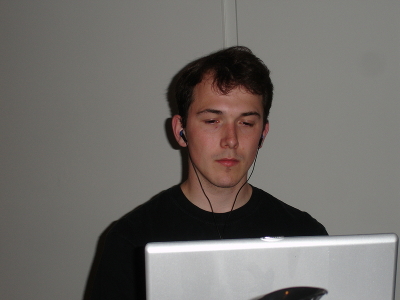 Ubuntu was very different. Its focus on making things work and favouring simplicity won many hearts over. Also its friendly community with high social standards inspired many and made it a pleasure to be involved and try something new. Ubuntu introduced LoCo teams, which brought Ubuntu into many parts of the world, which helped many finding new friends and which brought many new opportunities to everyone.

Ubuntu always was full of change. We pioneered and forged ahead in many many places. We were the first to ship a 2.6 kernel, we modularised X, derooted many services, made it easier to upgrade and install packages, wrote upstart, made booting fast and very often were the first to think new, shake up the standards and improve things for everyone.

Each of these changes was hard work, sometimes brought some problems with it, had its opponents, but also inspired many others, often new folks to jump in and help.

Some of these disagreements were very loud, sometimes they were inside the Ubuntu community, sometimes included Canonical people, sometimes they were on the sidelines of the Ubuntu world. And they were almost accompanied by calls that Ubuntu/Canonical should do more, do less, do it earlier or do it later. Some of the decisions which were made were reverted as a result of testing and feedback, but many stuck around and proved themselves as wise choices.

We were quick to embrace and count on new technologies. Many casual Ubuntu users might not be aware of the great work and innovation which made Ubuntu quickly became a favourite in the Cloud space, which is moving fast as well. This is a significant achievement and the fast pace and amount of change might have been just unnoticed by some because they’re don’t actively use the cloud or don’t watch the space.

Being and staying relevant in the software world is tough, it requires lots of hard work, sometimes a surprise element - quite often it requires change. This is hard, especially in a large community like ours, with many subcommunities, teams, different goals and directions.

Another possible source of disagreements is the symbiosis between Canonical and Ubuntu. The ideals of Open Source communities and business decisions sometimes go against each other and trust me, I’m not always 100% convinced or 100% happy with every decision. Then again all these  decisions are very hard to make. Partners, long-term plans, the press, big investments and lots more have to be considered carefully, which is not always on the radar of people who comment first.

Canonical’s and Ubuntu’s success are very tightly intertwined and it’s worth keeping these mutual benefits and what we achieved together in perspective.

Looking at the client side, I still can’t believe where this wild ride took us. We went from “working USB keys” to “favourite product” at MWC, which according to Wikipedia is the “world’s largest exhibition for the mobile industry”, an industry known for moving fast and being unforgiving. This is a major achievement for us as a community. People trust us to actually pull this off.

There are many open questions right now, many uncertainties, some problems, but one thing is clear: if we want this to happen and Ubuntu on devices everywhere, this is the opportunity. This is the time and we’ve got to work together.

We have the world’s attention, we’re off to a great start, but we have lots of work to do. This year will be the year in which we make it happen.

In the last weeks I’ve been working alongside the Ubuntu Touch team and have been able to witness how hard they work and how quickly the team gained new members from everywhere, how inspired everybody was to contribute and work on core apps, port Ubuntu to new devices, write patches and kick off discussions to lead us into new places. In some ways this is not unsimilar to what Ubuntu felt like in the early days. A lot of people thought we were crazy, there were established projects and players, still we managed to bring something new to the table together.

This is exactly the pioneer spirit we need, the inspiration we need. If you want Ubuntu to succeed, ask yourself what the best place is in which you contribute. There are many, but obvious picks I can see are QA (both manual and automated testing), work on core apps, porting and fixing bugs in Ubuntu in general.

I realise that the increased pace and a set of new priorities in the project are painful for some of us and they are disruptive. There are problems which need to be resolved and as some pointed out elsewhere before, communication and compromises are hard. What I feel is most important in our current discussions is: We all care a lot, and we all agree on much more than we actually disagree on. Let’s resolve the issues and figure out what we all can do make this a success.

Ubuntu, you’ve changed, yes, but we were never closer to our goal of bringing free software to all of the world! Let’s work together to make this happen!