Development of Oneiric (Ubuntu 11.10) is in full swing, we just got Alpha 1 out last week and here’s the list of dates that are coming up in the next few weeks:

As you can see times are exciting right now. There is a lot of hard work going on, lots is still broken in Oneiric, but it’s a great time to get your feet wet, try out things and fix a few bugs on the way.

I’m very happy to see that Full Circle Magazine is now having a new series about Ubuntu Development. Issue 49 has the first installment of this. Be sure to check it out! 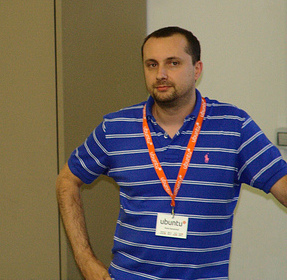 This week I talked to Paolo Sammicheli, who is an Ubuntu Member from the Italian Community. He was involved in several things like translations, marketing, advocacy and testing. He also is an UDS addict and since UDS Jaunty spent his holidays attending it. He says “This cycle I decided to move my interests into development and I’m slowly learning packaging. Spare time is never enough :)”

I asked Paolo what his personal experience of the development was like and he had this to say:

Find something to work on

Pick a bitesize bug. These are the bugs we think should be easy to fix. Here’s a few examples:

In addition to that there are loads more opportunities over at Harvest.

Talk to us in #ubuntu-motu on irc.freenode.net to get all your questions answered.