More from the Land of the Brave…

I talked to Christophe Sauthier who is not only one of the people who make the French Loco rock, but in his spare time also finds some time to work with the MOTU team. As he’s not a MOTU (yet), his patches go through the Sponsoring Queue - let’s see what he has to say about it:

dholbach What has your sponsoring experience been like up until now?

huats Always great. Guys are fast to answer, and prompt to indicate you some missing point.

dholbach Did you learn a lot in the process of sponsoring? Do you remember the last things you learned?

huats Lots and lots of stuff, since most sponsors tend to explain all the process to contributors. Maybe not the last, but one of the key thing is a great communication with Debian and Upstream…

huats that is the idea.

huats it is not really “limited” to sponsors, but usually sponsors are more used to do that than “new” contributors since they know how important it is.

dholbach Which packages do you mostly look after? Do you follow some kind of strategy when you try to fix bugs and make Ubuntu better?

huats I tend to follow every changes in some packages : gcalctool, yelp, and some others.  For them, I am subscribed to every bugs that is report against them. Otherwise, I don’t really have a strategy, I try to pick some everywhere : looking at the really-fix-it page (from Daniel Holbach), looking at the last bugs reported. I also enjoy to participate in a precise task (rebuild of many package depending on a common new library, removal of a library…).

dholbach Awesome - that sounds great. Working on a package you like and know well and picking up fixes from really-fix-it is a great idea.

dholbach Is contributing to Ubuntu hard? If so, what should be easier?

huats Of course there is hard stuff… but they are not aimed for new contributors…. I have been really lucky that my first experiences I’ve been guided by great guys (norsetto and dholbach). I think it can be a great thing to make an heavier use of the “mentoring” tag… To put them in the light.

dholbach That sounds like a good idea - and thanks for the flowers. :-) dholbach Is there a message you would like to go out to the Ubuntu sponsors?

huats Keep going this huge work of maintaining each sponsoring queues so small… And thanks for all your advices.

dholbach One to new contributors? :-)

huats Dive into it… you’ll find a great community, you’ll make new friends, and some very interesting stuffs. This is really a great experience to be part of it… Oh and don’t be shy, ask your questions instead of dropping the tasks.

dholbach Thanks a lot for the great work you do! Keep it up! :) 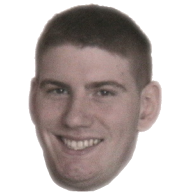 Also I talked to Luca Falavigna who does great work in the Italian Loco team but also in various MOTU teams. He does a lot of sponsoring so I was keen to talk to him.

dholbach Thanks for doing sponsoring - you kick ass! :-)

DktrKranz I try to, at least.

dholbach Do you still remember when you first were being sponsored? What did it feel like?

DktrKranz I received sponsoring from geser almost a year ago, it was nttcp merge

DktrKranz he helped me to adjust a little detail and then uploaded to the archives, it was great!

dholbach So our contributors don’t need to be afraid of sponsors? :-)

DktrKranz Absolutely not. Sponsors aren’t here to blame you, just to encourage you to be good

dholbach Do you have a lot of conversations with people you sponsor? Do a lot of patches need discussion?

DktrKranz Usually not. I used to sponsor new guys which needs more guidance, but usually patches/debdiffs I review are in good shape

dholbach How would you like proposed patches to improve? Is there a pretty common mistake?

DktrKranz Basically, patches itself are good but sometimes they doesn’t follow our policy. They’re not in debdiff format or lacks patch system support, and so on

dholbach What packages do you mostly sponsor?

dholbach I guess “everything” fits quite well right now, doesn’t it? :-)

DktrKranz merges during early development cycles, QA-targeted ones later on

DktrKranz oh, and “everything” of course :)

dholbach What kind of patches / fixes would you like to see more?

DktrKranz we have tons of FTBFS, unmetdeps. If we can fix them, we can improve a lot (Debian side too)

dholbach What do you mean by “Debian side too”? Are our contributors good at forwarding their improvements to Debian and other upstreams?

DktrKranz It’s really hard to tell. We trust them when saying “please, submit them to BTS too”, but BTS is not so user-friendly :)

DktrKranz so, I guess they won’t reach “Mama”, unless sponsors take responsibility to forward them

dholbach Right… I think we were able to sync much more packages than we did in the past because the improvements we made got back to Debian - is that your impression too?

DktrKranz Sure, I see tons of merges which should be really syncs

dholbach Is there a message you would like to get out to new contributors?

DktrKranz MOTU needs you! We have lots of things to do to improve Ubuntu, so just pick your favourite package and looks at outstanding bug reports. Try to fix one, and you have a great time!

dholbach Excellent - thanks a lot Luca and keep up the great work!

DktrKranz thanks for everything, daniel!

Thanks Luca and thanks Christophe - you guys rock!

(If you have requests for other interviews, etc. - leave a comment and let me know.)